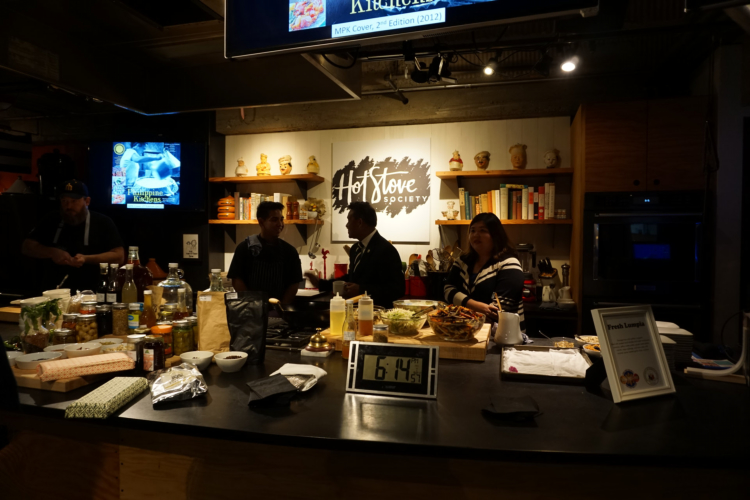 The first time I came to America was when I was around 6 or 7 years old, on a holiday, with my parents. Like many Filipinos in the Philippines, we have a lot of family members and friends who live in the States. After surviving more than 20+ hours in the plane (during those days, we would have a stop over in Honolulu to deplane and refuel), I arrived in San Francisco jittery with excitement. My first thoughts: it was cold and the roads so wide!

From the airport, we would go to my aunt and uncle’s house in Daly City, where, most ironically, our first meal would be adobo, sinigang and rice! I thought to myself, America is just like the Philippines, except colder and cleaner!

Never at that point or the succeeding instances when I would travel to the US for holiday did I think that I would be living and working in San Francisco! The experience for many Filipinos who come to the United States, especially to San Francisco, as tourists is very different from the experience of a first, second or third generation Filipino who live and work here. Very different as well is the experience of a Foreign Service officer who is stationed in the United States.

My cousins and my nieces and nephews came to the United States when they were very young. When we meet now, I am amazed that physically, they have Filipino features but they sound and act American, which they have become through assimilation. I guess the same phenomenon is replicated in so many households and families here — especially among the second, third and even fourth generation immigrants. This complete assimilation to the host country to the demise of one’s roots and heritage is seen not only in the Filipino culture but in other cultures as well. This makes me think of Amy Tan’s excellent story telling in her very popular The Joy Luck Club or powerful Battle Hymn of the Tiger Mother.

I was so happy when I brought my nephew to a Consulate event one time with my sister and he said he wanted to engage more in the Philippines and know more about his culture and his heritage.

I think these simple moments, small successes are what truly define

I am proud to be part of the Spark*Connect*Empower