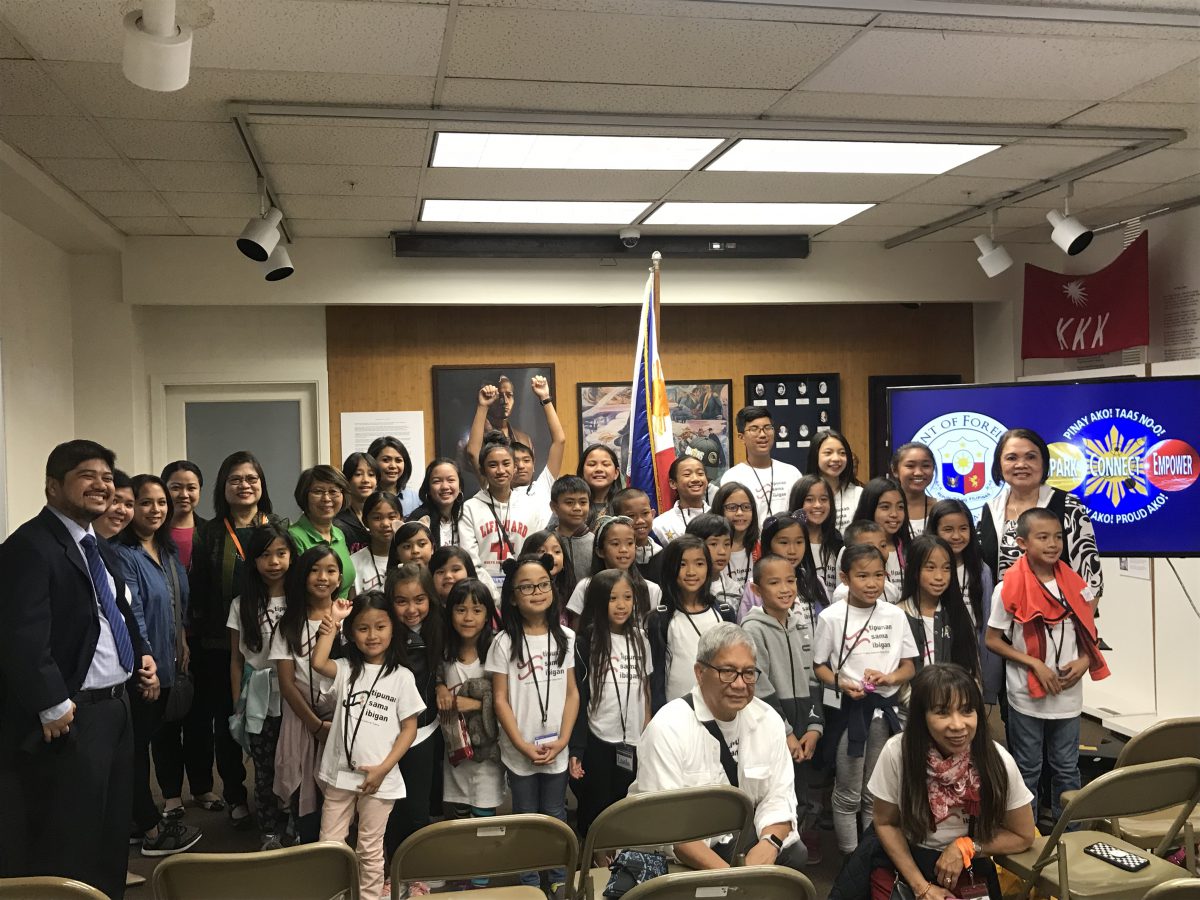 37 Filipino-American children aged six to twelve years old visited the Consulate on Wednesday, 25 July 2018 as part of their curriculum in the annual summer Filipino Camp run by the University of the Philippines Alumni Association of San Francisco (UPAASF).
Accompanied by volunteer teachers who were former UP students, the campers were given a tour of the Philippine Center, where they were welcomed by the Consulate’s personnel, headed by Deputy Consul General Raquel R. Solano.
In line with the Consulate’s movement to Spark*Connect*Empower the Filipino-American Community, the Deputy Consul General thanked UPAASF and the parents for recognizing that “we are all culture bearers, and that living away from the Philippines means there is a greater need to pass on to the next generation our values and traditions”, and that exposing the youth to their Filipino roots and heritage is a tremendous service to the Community.
Consul Carlyn A. Monastrial gave a presentation on the functions of the Consulate, followed by a presentation on the Philippines and some of its famous tourism sights. To test the children’s attentiveness, Consul Monastrial awarded prizes to campers who answered questions based on the presentations.
The Camp’s core curriculum includes Tagalog and history lessons, and augmented by taste tests, to familiarize children with Filipino food and delicacies, as well as lessons in Filipino literature, dancing, drama, kulintang lessons, and cooking, to name a few of the classes offered during the Camp.
The Camp began on 16 July 2018, will run for two weeks and culminate in a graduation ceremony featuring performances by the Campers themselves.
To the delight of the campers, the Consulate treated the kids to a Jollibee lunch. The Consulate was rewarded by a rendition of the Philippine National Anthem and a chorus of “salamat” from the campers. 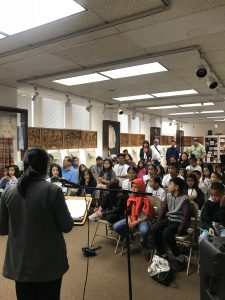 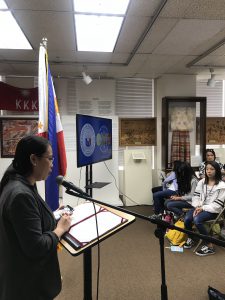 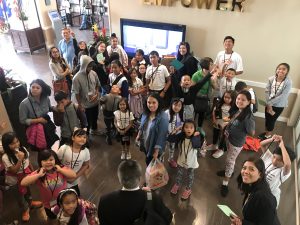