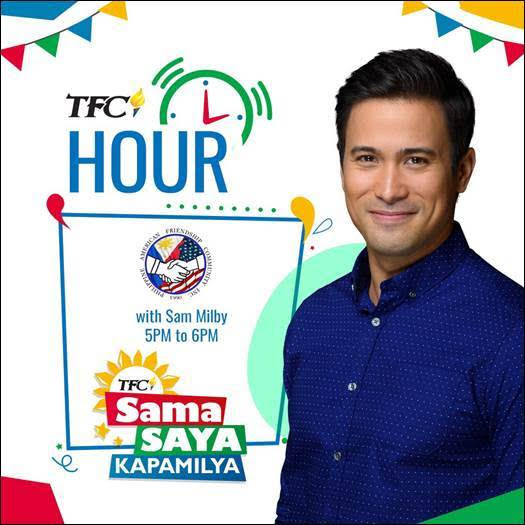 From San Francisco’s Kalayaan SF in Union Square on June 22 to Jersey City’s PAFCOM Parade and Festival on June 23 at Lincoln Park, “Rockoustic Heartthrob” Sam Milby guarantees to entertain and delight Filipinos from the West Coast to the East Coast.

The Philippine American Friendship Community, Inc. (PAFCOM) Parade & Festival is one the largest free outdoor festivals in New Jersey. On its 29th year, it celebrates the long-lasting partnership of the Philippines and the U.S. Just like fiesta traditions in the Philippines, it begins with a Holy Mass, followed by a colorful parade, that will end at Lincoln Park with festivities showcasing Filipino art, food, dance and music.