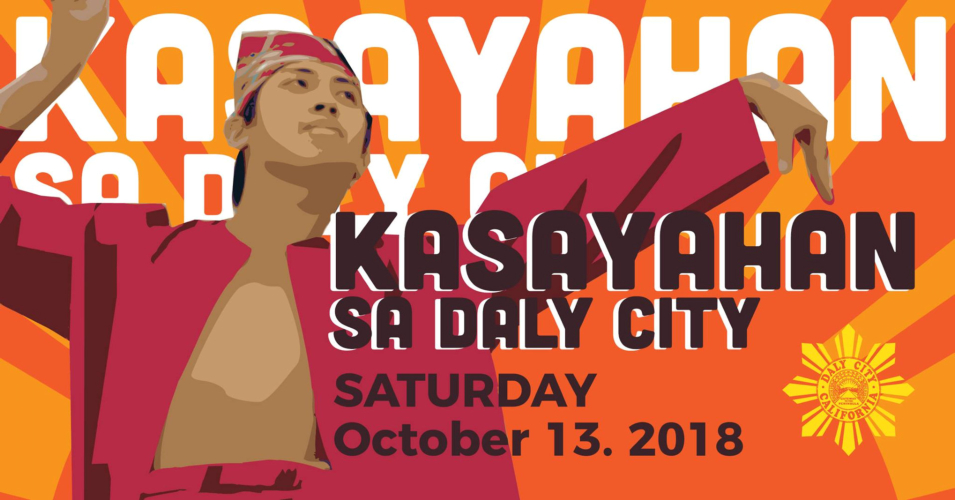 Filipino-American artists, including Ms. Jocelyn Enriquez, of “Do You Miss Me” fame, and hip-hop artist Ms. Ruby Ibarra were among those who entertained the crowd at Kasayahan. Food and merchandise stalls offered guests with many Filipino and American treats.

Daly City Mayor Filipino-American Juslyn  Manalo led the celebration at Marchbank Park on Junipero Serra Boulevard. The event was supported by ABS-CBN’s The Filipino Channel, among a number of sponsors. Local government officials, including Mr. David Canepa, who is part of the San Mateo County Board of Supervisors representing District 5, which includes Daly City, also graced the occasion.

Among the highlights of the festivity was Mayor Manalo’s presentation of a posthumous recognition for Dr. Dawn Bohulano Mabalon, a prominent Fil-Am community leader, artist and historian who contributed extensively to the writing and research of Filipino American experiences and history in the Bay Area. She is believed to be the first Filipina to earn a doctoral degree in American History from Stanford University. The Mayor also honored Ms. Ana Julaton, popularly known as “The Hurricane,” a Fil-Am professional boxer and mixed martial artist who was the first to win the Women’s World Boxing Organization and International Boxing Association Super Bantamweight titles.

Daly City is home to many immigrants, including those of Filipino descent who make up 33 percent of the city’s total population.