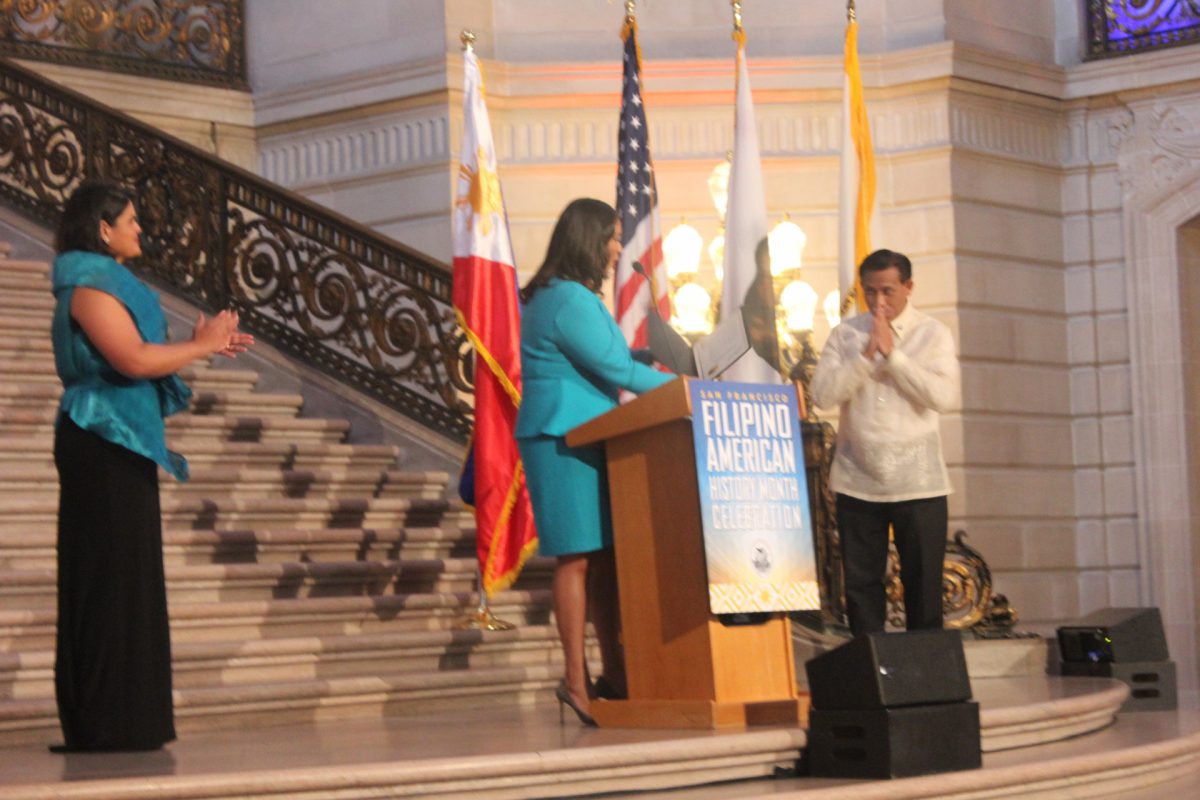 The Proclamation also honors posthumously Dr. Dawn BohulanoMabalon, a Filipino community historian, social activist and San Francisco State University professor, who co-founded Stockton’s Little Manila Foundation. She is believed to be the first Filipina to earn a Ph.D. in American History from Stanford University. She penned the award-winning book Little Manila is in the Heart: The Making of the Filipina/o American Community in Stockton, California.

Aside from Dr. Mabalon, the Proclamation further honors the West Bay Pilipino Multi-Service Center on its 50th Anniversary. It is the oldest nonprofit corporation in Northern California that continues to serve the Filipino community.

Consul General Bensurto thanked Mayor Breed for the honor and for allowing the celebration of Filipino American History Month at the City Hall.

“On this occasion, we honor and thank our forebears, and our culture bearers, for sparking love for everything Filipino among Filipino Americans, for honoring our heritage by being the best they can be and contributing to both their beloved countries,” he said.

“Fil Ams who have connected with their Filipino roots, their fellowmen and members of their host communites, have proven that we are a strong and resilient people who have been empowered since that historic Morro Bay landing of our ancestors on October 18, 1587,” he said.

He encouraged the community to work together, in partnership and cooperation, in pursuit of common dreams and aspirations, and as individuals and as members of a larger society.The Consul General underscored the Philippine Consulate’s commitment to SPARK, CONNECT, and EMPOWER next generations of Filipinos, by moving them to fall in love with the Philippines and everything Filipino.