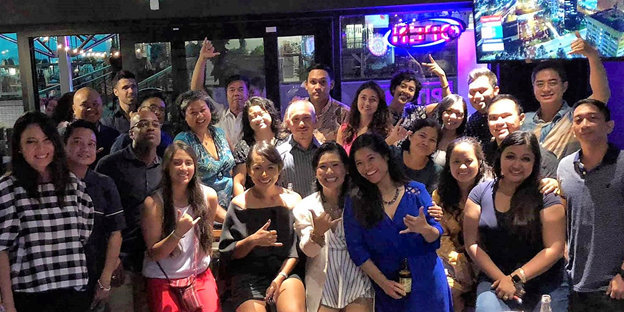 (19 November 2018, Honolulu, Hawaii) – As one of the ways to spark, connect, and empower young Filipinos and Filipino-Americans in Hawaii, the Philippine Consulate General in Honolulu has established the Filipino Young Professional Network of Hawaii. More than 70 people attended the inaugural launch at Pitch Sports Bar in Honolulu on 27 December 2018. Filipino fare such as chicharron and San Miguel beer were served during the networking event.

The Filipino Young Professionals Network of Hawaii is envisioned to serve as a platform to encourage greater collaboration and synergies among young professionals and Filipino organizations in different parts of the State. The Consulate plans to organize more events that not only promote Filipino culture and heritage to the youth, but also engage the Filipino and Filipino-American young professionals in activities that are relevant and meaningful to their individual interests and aspirations.

Through the Network, the Philippine Consulate General hopes to build a more cohesive and empowered Filipino community with greater involvement from the second and third generation Filipinos in Hawaii. <END>