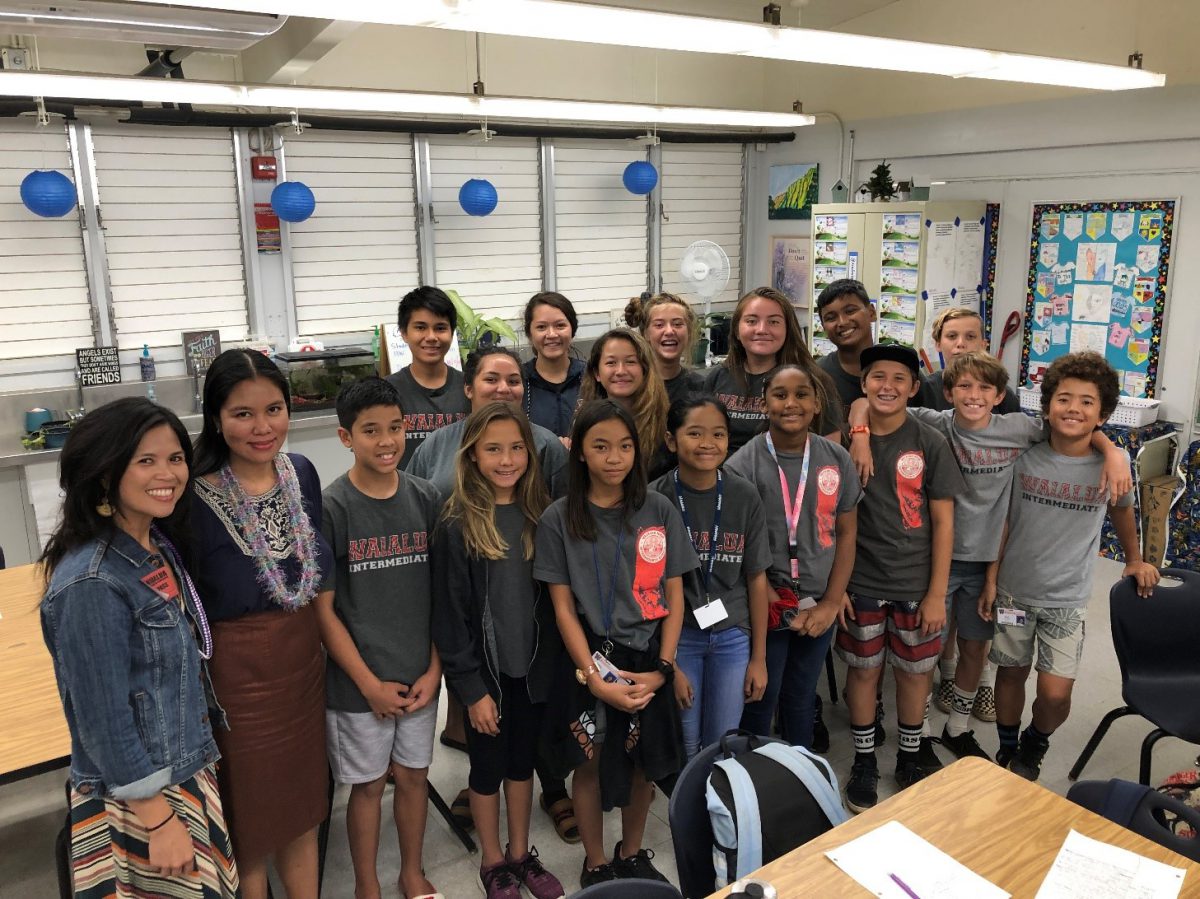 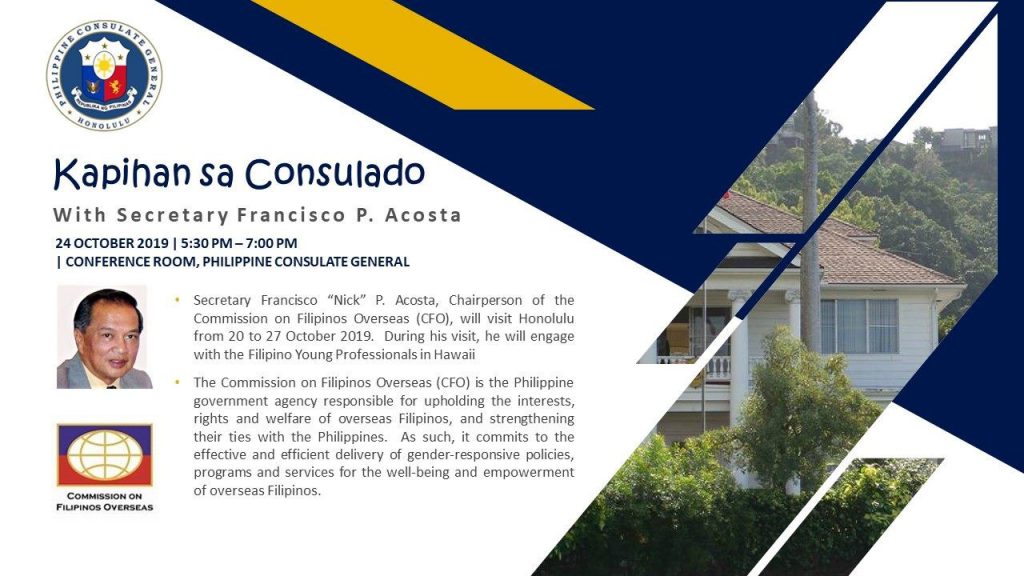 (1 October 2019, Honolulu, Hawaii) – October has been declared as Filipino-American History Month in the US. To kickstart the celebration of the Filipino-American History Month, the Consulate participated in a panel discussion with a theme, “Pinay Visionaries: Celebrating Filipina American Women” on 1 October 2019 at Waialua High and Intermediate School. Vice Consul Andrea Christina Q. Caymo spoke to the students about Filipinos in the foreign service and the contribution of the Philippines in international affairs. She is joined by Anna Marie Cruz, founder of Entrepinayship, a mission-driven social enterprise that seeks to empower FilAm women to pursue business and professional development. The two speakers served as examples and inspiration to the students to succeed in their academic and professional lives, regardless of their ethnic background. Furthermore, Vice Consul Caymo encourages all students, not only those with Filipino roots, to celebrate Filipino-American History Month. Understanding and appreciating other peoples’ culture helps one to become more well-rounded and open to other point of views. Hawaii is ethnically diverse, and developing an openness and appreciation of the various cultures of its peoples among the youth will ensure that the State remains the warm and welcoming place that it is today. The event was spearheaded by Elizabeth Obod-Frilles, one of the Filipino Young Leaders Program (FYLPRO) delegates from Hawaii. 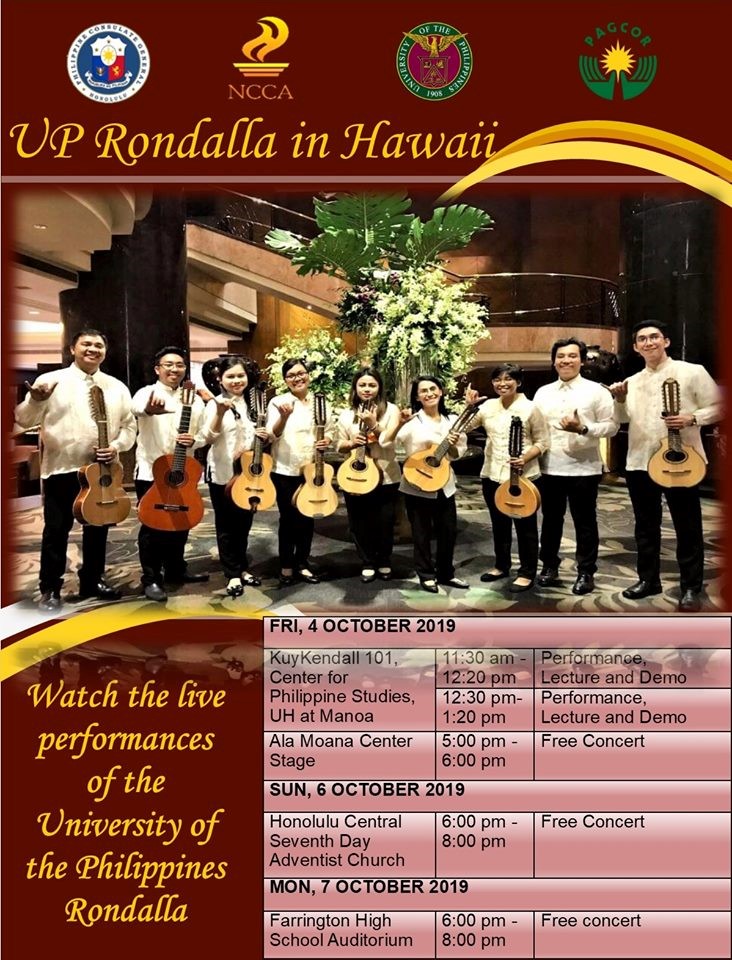 On the same day, the Consulate participated in the livestreaming of “FAHM.ILY Matters: Filipino American History Month (FAHM) Signal Rock Chicago Premiere” organized by FYLPRO, Entrepinayship, Subtle Filipino Traits, and Sama Sama Project. A group of panelists from all over the US and the Philippines came together to discuss about the issues and potentials of the Filipino-American diaspora as well as the various initiatives across the US to promote Philippine culture and pride in one’s Filipino heritage. The panelists were joined by the writer and the actor of the film, Signal Rock, which is a movie that explores multi-faceted lives of Filipinos overseas and the family they left behind. The film is the Philippines’ official submission to the “Best Foreign Language Film” category of the 91st Academy Awards.

As part of the celebration of FAHM, the Consulate, University of the Philippines (UP), National Commission for Culture and the Arts (NCCA), Philippine Amusement and Gaming Corporation (PAGCOR), in partnership with the University of the Philippines Alumni Association in Hawaii (UPAAH), will be bringing the UP Rondalla (UPR) to Hawaii for a series of performances from October 3-7, 2019. These activities aim to introduce the unique music produced by a rondalla, or ensemble of string instruments, to audiences in Hawaii.

The Consulate will also be hosting a series of activities from October 21 to 25 in connection with the visit of Secretary Francisco P. Acosta, Chairperson of the Commission on Filipinos Overseas, to reach out to Filipinos in Hawaii and discuss ways to promote their welfare and interests. Filipinos and Filipino Americans comprise one-fourth of the population of Hawaii and have contributed to the culture, political, and economic development of the State.

Apart from these, various Filipino community organizations will be conducting their own activities to celebrate the Filipino-American History Month. Throughout October, different groups will be holding events to bring exposure to Filipino culture, language, dances, cuisine, arts, and music. These presentations shed light on the culture of the Filipino-Americans who, over time, have assimilated the lifestyle of their new homeland, while at the same time, still retaining the roots of their ancestors.

LAING Hawaii, a local non-profit, will be organizing the second-run of their Ilocano language classes this year on 5 October 2019. The group is also organizing a tour of the Hawaii Plantation Village on 12 October 2019. Many of the first Filipino migrants in Hawaii worked in the agricultural sector.

Tekniqlingz will continue their free tinikling lessons with classes on October 12 for adults, October 19 for teens, and October 26 for kids. They will also be performing at the Magnolia Ice Cream FAHMily Treat on October 5 at the Seafood City Supermarket in Waipahu.

Meanwhile, Pusong Filipinx will be organizing Pusong Filipinx, the Market on October 26, 2019. The event will feature the products and artworks of FilAm entrepreneurs in Hawaii. The group is also collaborating with Minasa to create a kamayan event on the same date.

The Honolulu Museum of Art will be doing a back-to-back screening of two Filipino films, “Ma” and “Eerie” also on October 26.

Outside of Oahu, the University of Hawai’i will hold its annual Pamantasan Conference on October 18, 2019 at the Hawai’i Community College Manono Campus in Hilo, Hawai’i. Pamantasan is a University-wide conference which seeks to gather together students, academics, and professionals and generate discussions on how to address the needs and advance the interests of students and teachers with Filipino descent in Hawaii.

In Maui, Star Noodle will be holding a kamayan dinner in celebration of Filipino food and its contribution to Hawaii’s culinary landscape. The Maui Filipino Chamber of Commerce Foundation will host its annual Maui Fil-Am Heritage Festival on Oct 12 at the Queen Kaahumanu Center, featuring the the popular Master Pinoy Chef contest, Speedy Balut Eating, parol making, and more. The County of Maui has committed again to raise the Philippine flag for the whole month of October to honor FAHM. They held a flag raising on October 1 to celebrate the start of FAHM.

The Consulate invites everyone to join the events organized in celebration of Filipino-American History Month this October. (END)