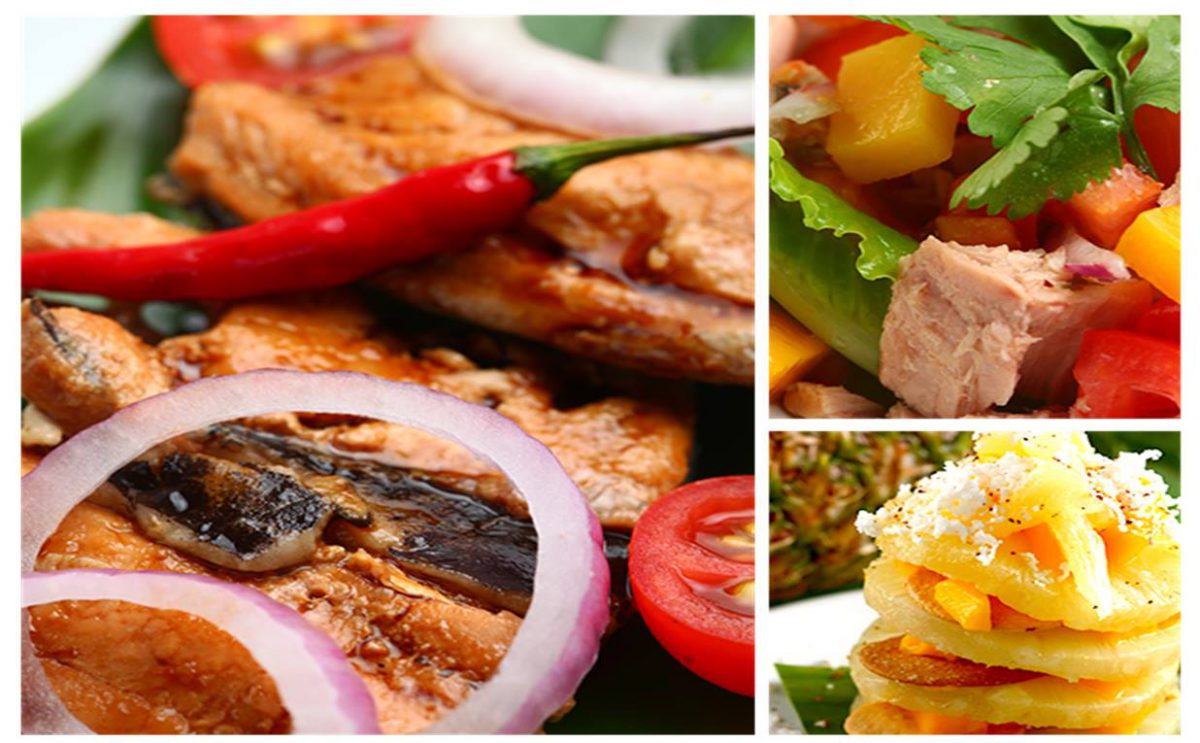 The event is part of the efforts of the Consulate to introduce Filipino cuisine to a broader audience as well as provide a platform to promote Philippine food products in Hawaii. Companies such as Asian Food Trading Co., Bleeding Heart Rum, East West Marketing Inc., Mama Sita’s, Philippine FoodTrade Co., and Seafood City gave away sample products for restaurants to try. The Consulate hopes that by introducing these items, more restaurants and chefs in Hawaii will use these products in making their dishes. One of the event’s corporate partners, Mrs. Clara Reyes-Lapus, President of Mama Sita’s, flew in from the Philippines to show her support for Filipino Food Week. She met with many of the restaurant owners to promote their company’s products as well as Filipino ways of cooking.

For this year, Filipino Food Week highlighted dishes which use coconut as an ingredient. Restaurants were asked to feature at least one coconut offerings, either appetizer, entree, dessert, or drinks. Some of the coconut-based dishes that were offered during the Filipino Food Week are variations of kinilaw, binakol, bicol express, ginataang isda, pork binagoongan, chicken curry, adobo with coconut milk, halo-halo, coconut-drizzled crinkles, coconut cake, coconut-based cocktails.

At the end of the week-long event, Stage Restaurant sold the most number of their Filipino Food Week Special. As the Filipino Food Week Top Selling Restaurant, they were awarded two (2) roundtrip tickets to the Philippines courtesy of Philippine Airlines and a special culinary tour provided by the Department of Tourism. Joey’s Kitchen and Mariposa at Neiman Marcus round-up the top three bestseller list and was awarded the Mama Sita’s Special Culinary Prize. Other contest winners include Hawaii’s Best Kitchen who won the Flypal Social Media Promotion for garnering the most number of reactions on social media for their post related to FFW. One lucky diner, Kathie Heap, won a round trip ticket to the Philippines for winning the raffle draw for the Filipino Food Week Diner Promotions. Ms. Elizabeth Obod-Frilles was recognized as the Most Active Diner Award for dining in the most number of participating restaurants during the Food Week. All the winners were announced last June 21 during the FilAm Courier Community Hour at KNDI Radio.

A number of Filipino community organizations came out to promote the Filipino Food Week by encouraging their members to patronize the participating establishments. FAUW held their monthly membership meeting at Mariposa. The Filipino Chamber of Commerce of Hawaii and the University of the Philippines Alumni Association of Hawaii had a gathering at Max’s of Manila. The Filipino Junior Chamber meanwhile helped promote the kamayan dinner at Dana’s Restaurant. Meanwhile, members of FAMES Hawaii had an intimate dinner at Merriman’s Honolulu. Alumni of the Filipino Young Leaders Program took part in the Restaurant Crawl organized by the Consulate visiting Elena’s Home of Finest Filipino Foods, Restaurant XO, Tiki’s Grill & Bar, Haleiwa Beach House, Mariposa, Stage Restaurant and Amuse Wine Bar. The editorial team of FilAm Courier met at Chef Chai. The Bicol Club of Hawaii and a group of Filipino community leaders also met at Tiano’s Restaurant during the Food Week.

The Filipino Food Week is an undertaking which gathered different stakeholders from government, private sector, media, and the Filipino community under the Spark*Connect*Empower Platform. The Department of Foreign Affairs through the Philippine Consulate General in Honolulu spearheaded the event with the assistance of the Philippine Trade and Tourism Offices in Los Angeles and San Francisco. Corporate partners such as Philippine Airlines and Mama Sita’s provided promotional prizes while L&L Hawaiian Barbecue and various community organizations organized events to promote FFW. TFC US, KIKU TV, FilAm Courier, and KNDI Radio provided tri-media (TV, print, and radio) coverage. Orig Media and Photoluxe Event and Services, meanwhile, helped generate content for the event.