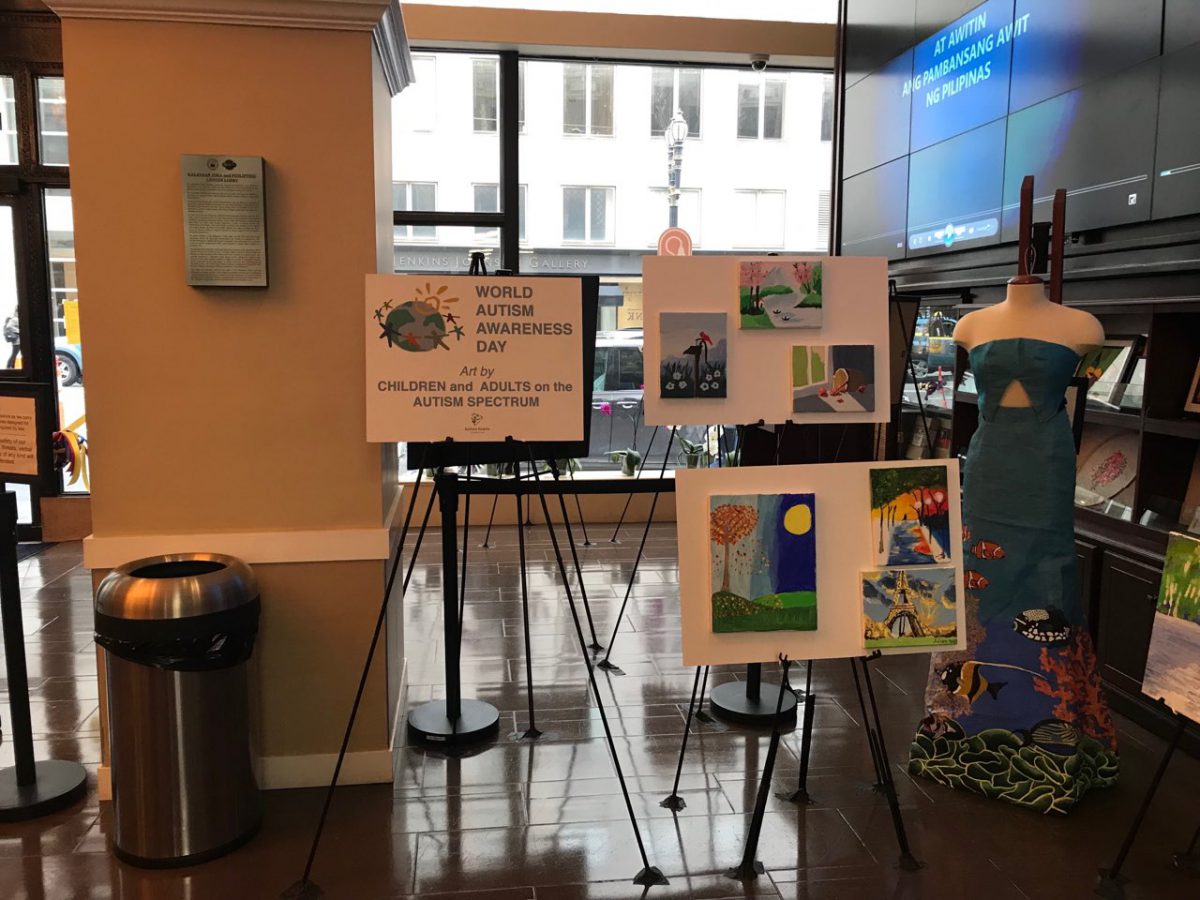 SAN FRANCISCO – The Philippine Consulate General partnered with Autism Hearts Foundation (AHF), to help raise awareness on autism through the opening of an exhibit featuring the art works of children with Autism Spectrum Disorder (ASD) at the lobby of the Philippine Center along Sutter St.

Consul General Henry S. Bensurto, Jr. underscored that persons with ASD and their families need all the support they could get to uphold their human rights and allow them to develop their full potentials.

“There are still challenges in terms of reaching out to persons with ASD and their families and providing them ample assistance. Thus, we should take it upon ourselves to raise awareness about them and ensure that persons with ASD are actively involved in our communities and their basic human rights are upheld,” said Consul General Bensurto.

Journalist and ASD advocate, Mr. TJ Manotoc, who represented AHF Founder Ms. Erlinda Borromeo, encouraged the public to know more about autism and help increase awareness on ASD. He noted studies on the increasing prevalence of autism, with new estimates showing the prevalence increasing to 1 in 59 children, from 1 in 68 in previous years.

Aside from the exhibit, videos on ASD are featured at the lobby and Consular areas of the Philippine Center.

AHF aims to “maximize the potential of children and adults with autism spectrum disorders to learn, develop, function independently, and participate in the full range of social and cultural activities for an improved quality of life.” (More details in http://www.autismheartsfoundation.org/contact/)

ASD is a developmental disability caused by differences in the brain (more information in https://www.cdc.gov/ncbddd/autism/signs.html).