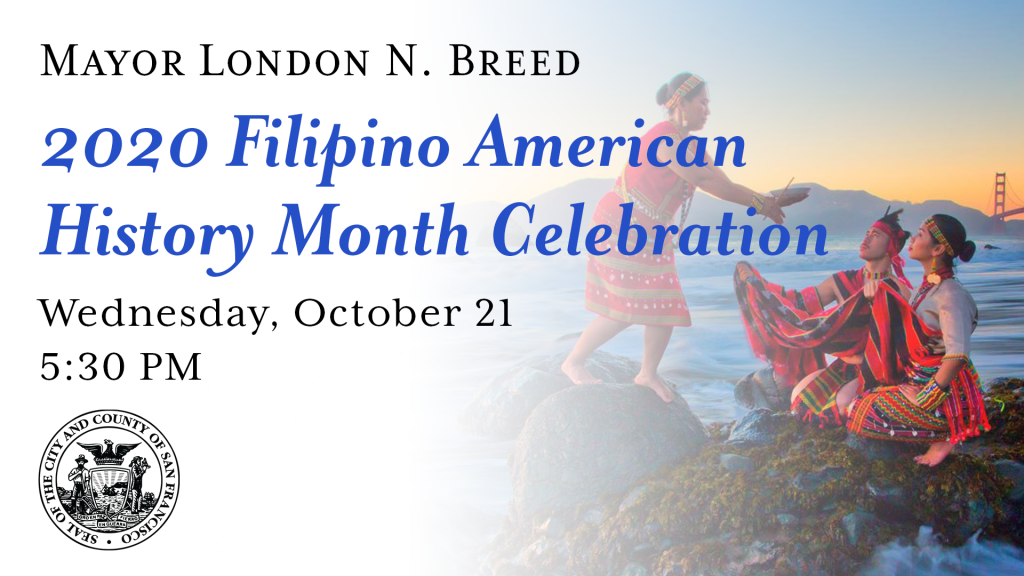 “Lived History in the Making: Celebrating our Past, Present and Future” –

and Others Who Are Shaping the Future of Local Communities

The 2020 Filipino American History Month celebration will be livestreamed on:

“Every October, we come together to celebrate the achievements and accomplishments of our Filipino American community,” said Mayor Breed. “This year, with the challenges of COVID, it is more important than ever that we come together and recognize the contributions of our Filipino American residents. Whether serving on the front lines as essential workers, adapting their businesses to support vulnerable residents, or inspiring and empowering others to contribute to their community, Filipino Americans have stepped up to meet this moment. We look forward to continuing this amazing tradition with amazing performances and tributes to our local leaders, and hope you will join us for this virtual celebration.”

“Philippine national hero Jose Rizal once said, ‘He who does not know how to look back at where he came from will never get to his destination,’” said Al Perez, President of Filipino American Arts Exposition and Commissioner on the San Francisco Entertainment Commission. “His words continue to inspire us and resonate with this year’s theme. We need to let the struggles and triumphs from our lived history inform and empower us, as Filipino Americans now make new history during this challenging time, and forge new paths towards equity, equality and progress for our community.” 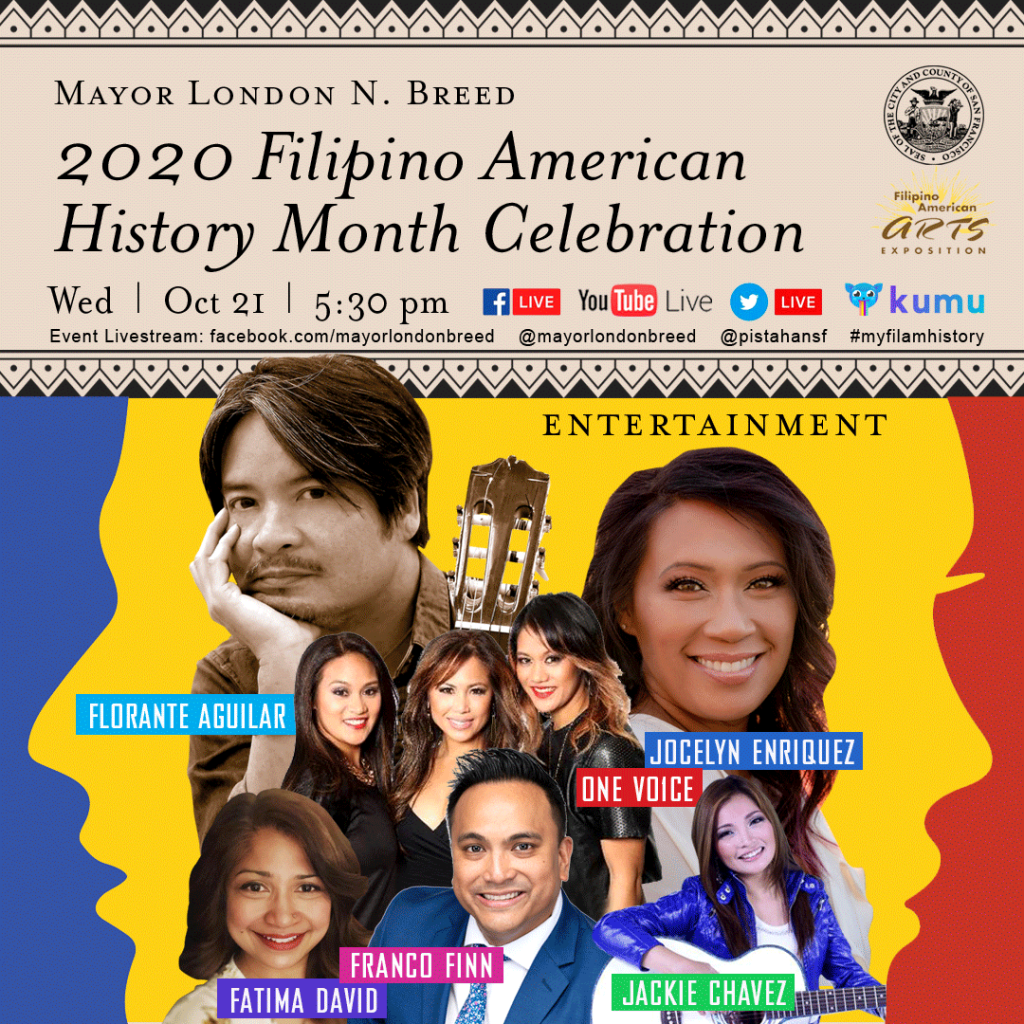 * Commemoration of the late Alice Bulos, known as the godmother of Filipino American politics and empowerment

* Celebration of the 40th anniversary of the Filipino Bar Association of Northern California, an organization of attorneys, judges, and law students dedicated to serving the Filipino community

San Francisco’s annual Filipino American History Month celebration honors the Filipino American community’s deep history in the City and the Bay Area and key milestones each year. The celebration is held during the month of October in commemoration of the arrival of the first Filipinos who landed in what is now Morro Bay, California on October 18, 1587. October is also the birth month of pioneering Filipino American labor leader Larry Itliong, and is Philippine Indigenous Peoples’ Month in the Philippines.

About The Filipino American Arts Exposition (FAAE):The Filipino American Arts Exposition (FAAE) is a vital part of the rich tapestry of cultures and ethnic communities of the San Francisco Bay Area through its promotion of Filipino American art, music, film and dance. FAAE celebrates its ancestral heritage and contemporary traditions, broadening awareness and deepening the understanding of Filipino history, achievements and culture. Founded in 1994, FAAE is a grassroots, nonprofit organization that contributes to the artistic and cultural pride of the Filipino American community and strives to be a meaningful community tradition among the many great ethnic institutions of San Francisco. Follow FAAE at www.pistahan.net and on Facebook, Instagram and Twitter.