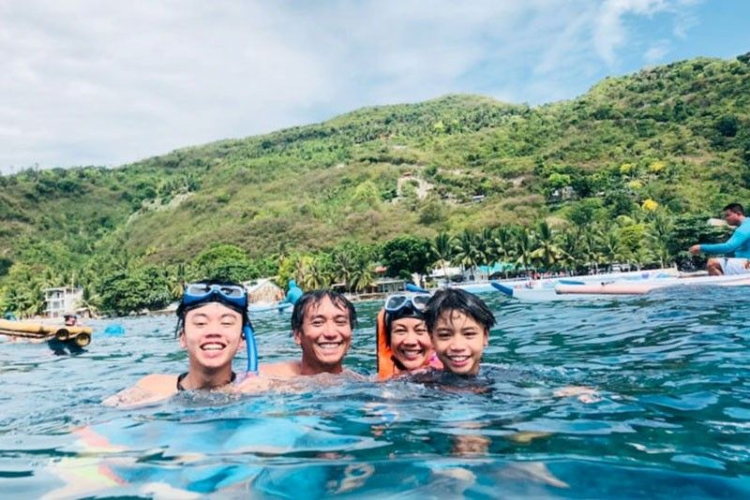 MANILA, Philippines — The last time I was in the Philippines was 14 years ago to attend a family reunion in Cavite. Fourteen years ago, the Golden State Warriors failed to make the NBA playoffs, Donald Trump was a struggling casino owner, Beyoncé was still in Destiny’s Child and my wife Marijoy and I had a two-year-old son Alex, who tells me he remembers very little of the trip.

Today, things look quite different for the Warriors, Trump and Beyoncé, and with the birth of our second son Ethan 12 years ago, there are now four of us in the family. Moreover, both boys are now old enough to remember and appreciate family vacations abroad.

We usually vacation in Hawaii, but this year, my father, a retired diplomat with the Philippine Department of Foreign Affairs, suggested we go with him and my mother on the 12th annual Ambassadors’ Tour. I was skeptical at first. The flight from San Francisco to Manila is long, and my Tagalog, which was never great to begin with, is very, very rusty. 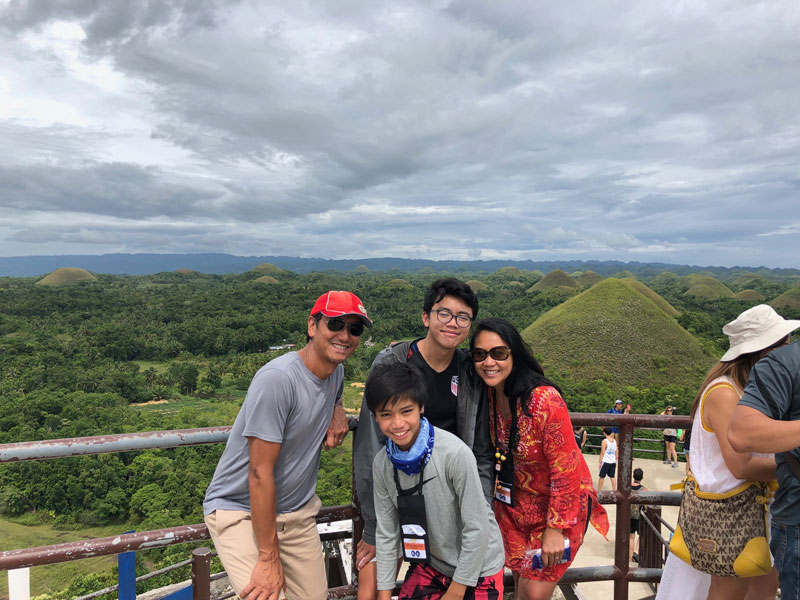 Reflecting back on the experience, my whole family now thinks the Ambassadors’ Tour is the best way to experience the Philippines.

Anyone can join the tour, though it was expressly designed to draw balikbayans back to the homeland and to encourage US-born Filipinos, especially the younger generations, to experience the country of their heritage. The various Philippine consulates across the US and the Philippine embassy in Washington DC round up participants from their areas to take part in the tour.

The itinerary changes every year. This year, the featured stops on the tour were Cebu and Bohol, bookended by two days in Manila. The accommodations were all five-star hotels: Nobu Hotel in Manila, Shangri-La Mactan in Cebu and either the Hennan Resort or the Bohol Beach Club in Bohol. All ground transportation was provided. Once we signed up for the tour, no planning was necessary on our part because Rajah Tours took care of everything. 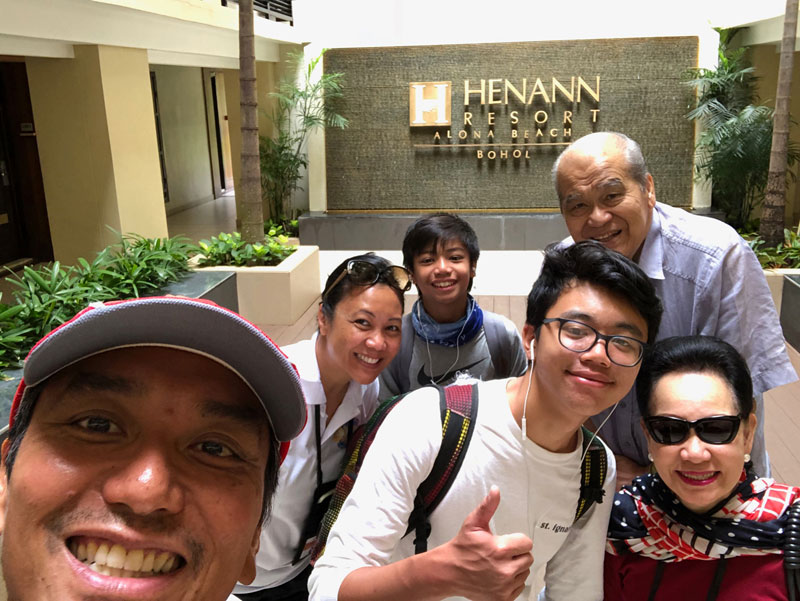 Across the entire trip, we only needed beachwear and casual wear, with the exception of the wreath-laying ceremony on the first day in Manila, at the Jose Rizal monument in Rizal Park. For that one day, we wore Filipiniana outfits out of respect for the Philippine national hero. The tour group was joined that day by former President Joseph Estrada, now the mayor of Manila.

There were so many amazing stops on the tour that it is difficult to select just a few to highlight. On the second day of the tour, the first day in Cebu, we visited Magellan’s Cross, a monument that marks the site where Magellan landed in the Philippines and erected a bamboo cross, which is preserved inside another wooden cross, which is itself inside a cupola outside the Basilica Minore del Santo Niño, built by Miguel Lopez de Legazpi in 1565.

We visited the store of Kenneth Cobonpue, a world-class furniture designer whose pieces are sought after by the likes of Brad Pitt and Angelina Jolie. We also visited the Pro Food factory, where we saw how dried mangoes and coconut water are manufactured.

The next day we woke up at 5 a.m. so that we could take a three-hour bus ride to Oslob. The early rising was completely worth it. In Oslob, we were able to swim with whale sharks, the largest fish in the world, which the locals call butanding. It was a remarkable experience – one which all four of us will recall for the rest of our lives.

For lunch, we were taken by a bangka (boat) to a nearby resort island for a traditional Filipino meal on the beach. As if we didn’t have enough to eat, our bus stopped by Carcar City on the way back to the hotel so that we could sample some of the local chicharron.

For dinner, the approximately 300 of us on the tour were hosted by the governor of Cebu. The entertainment for the night included some of the best Filipino cultural dancers we have ever seen.

On day four, we took a fast catamaran ferry from Cebu to Bohol. Our first stop was the tarsier preserve. Tarsiers are the smallest primates in the world. An adult tarsier is the length of the palm of your hand, and the babies are the length of an index finger. After the tarsier forest, we proceeded to the famous “chocolate hills” of Bohol, which are actually limestone hillocks that turn brown in the summer. But because it was rainy season in the Philippines, they were green when we saw them. 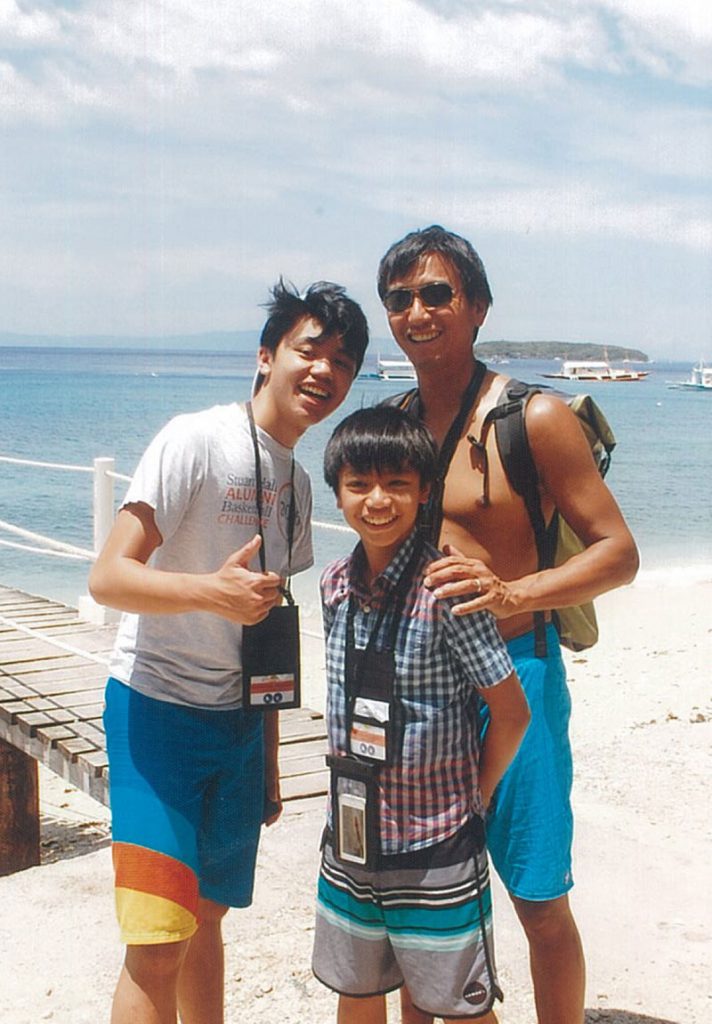 After that, we were taken to the Loboc River for a lunch cruise on flat bottom boats. During lunch, we sang karaoke on the boat. It would not be a Filipino gathering without karaoke. At the end of the river, we encountered a floating platform with tinikling dancers and folk singers. They invited us to dance tinikling with them. Fortunately, they slowed down the tempo of the clacking bamboo poles for us tourists.

On the fifth day, we went to Balicasag Island to go snorkeling and have a picnic lunch. We swam with green sea turtles and hundreds of fish, and we explored a 200-foot underwater cliff just off the shore of the island. After lunch, some of us played volleyball and threw around a frisbee with the local kids. We had nothing on the agenda that afternoon, so we enjoyed the pool and the facilities at the resort.

That evening, the closing dinner for the tour was hosted by the governor of Bohol at a nearby hotel banquet hall. We were entertained by a fantastic band of local teenagers who were learning to play music as part of a poverty-reduction program sponsored by the regional government. These musicians were professional quality. It was quite impressive. The evening ended with dancing, complete with DIs (dance instructors). 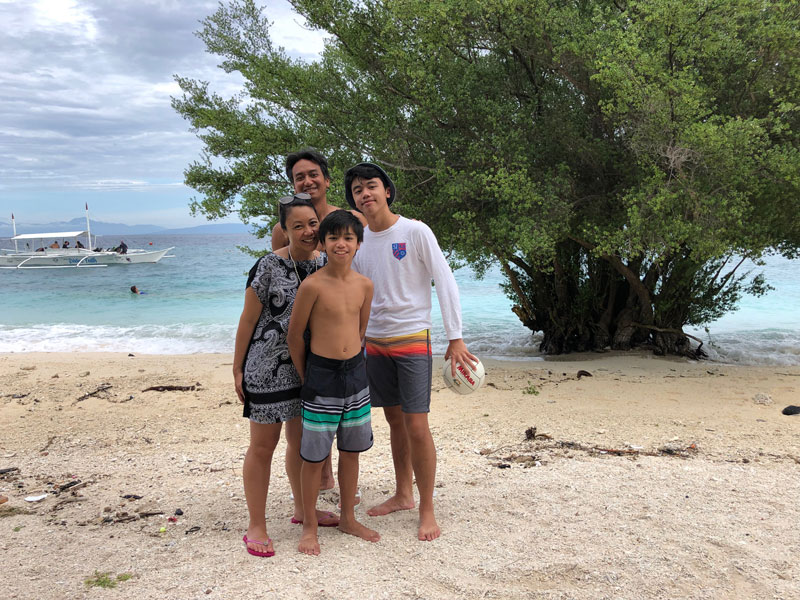 The next morning, we flew back to Manila and returned once again to the Nobu Hotel in the City of Dreams complex. We had one more day to say goodbye to the many friends we made on the Ambassadors’ Tour. We met families and couples of all ages from all over the US and the Pacific. The Hawaii consulate brought the largest delegation – they even brought a family from French Polynesia. The Philippine consulate in Guam brought the fourth largest delegation. The mainland consulates and embassy brought families and individuals from San Francisco (third largest delegation), Los Angeles (second largest), San Diego, Houston, New York, Chicago, and Washington. The ambassador of the Philippines to the United States, Jose Manuel Romualdez, headed the Ambassadors’ Tour – hence the name.

We were joined on the tour by retired couples, by whole families, by individuals of all ages, from babies to senior citizens. Grandparents, parents and children – all on the same tour, all enjoying the same unforgettable experience.

We flew back to San Francisco with many pleasant memories and pictures to remember the trip by.

Next year, the Ambassadors’ Tour will likely go to Palawan. Our kids asked us to sign up again for the tour in 2019. If you would like to be treated like an ambassador while visiting the Philippines, you should as well!